So, way back in the earlier discussions we are talking about different types of data that you can add to an excel worksheet. You add text you had numeric data you had dates you had functions and formulas.

Now I want to revisit the idea of the numbers, we have got a bunch of numbers in here. These numbers represent one of a couple of things.

I have got a lot of dollar amounts in here money that I am spending on different bills for these different months, so those should be represented as currency values. They should have things like decimal places thousandths commas, the dollar symbol or whatever. We use for the country we live in.

The other numbers I have here are percentages, and right now I am getting decimal percentages. I want to turn that into an actual percentage. So, it is still a little bit of formatting on some of the numbers that we have inside of this worksheet.

First, let us do the currency values.

Thus, my first step I want to format two different groups of numbers I want to format D6 to F10 cell. I now want to format them as currency values, so I will go to my Home tab. About halfway through you got a section called number and we looked just really-briefly at those numbers section earlier when we were talking about the dates.

Now remember, what does it mean when you get the pound symbols the hashtags ####, remember that we discuss that is really-briefly earlier. While these are numbers and it is just too narrow, so I mean expand the column with that column and there are my numbers.

I have now got currencies styles or accounting styles decimal places thousand commas in my case the dollar symbol.

Now this is great because it is more accessible. Users can look at this and right away they think oh dollar amounts are great but for me personally this becomes a little too crowded for me, there is just too much going on. It is just it is a big rectangle and not enough white space in there. I like to leave the first row and the last drill as currency style decimal places thousands comma the mark the dollar symbol. But everything in between(D6 to F9), I still want the decimal, I still want that thousands comma. But the dollar symbol it is just too much going on in there. I want to open-up some whitespace and try to make this more presentable more readable.

There is just not enough white space to separate the lines, so you keep reading the same thing because your eyes are tired.

Same idea here. I want to open-up some white space, so I am going to remove the dollar symbol.

Now, I highlight D6 to F9, and go back to Home tab, back to Number and I am going to turn on the Comma style, I will give that a click.

This leaves the decimals leaves the thousands comma if necessary but removes the dollar symbol. And for me I just think it looks so much better so much more presentable, easier to read.

And once again for me it just looks more presentable. But I will leave that up to you.

Now this is formatting our numbers as currency so try it out. Jump in, Open up your monthly quarterly report, and drop in your currency styles, Get those decimal places those thousands comma and the appropriate currency style for yourself. 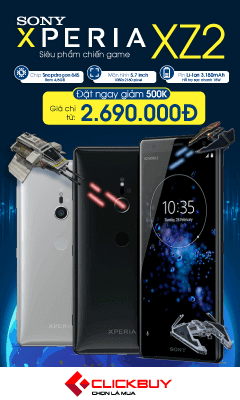